The USS Philadelphia was one of 16 ships comprising the American fleet in October 1776.  She was among the smallest boats, easily maneuverable, and armed with a twelve-pound gun, two nine-pounders, and several swivel guns.  The Continental Navy under Benedict Arnold, engaged a superior British fleet in the Battle of Valcour Island.  The Americans lost the battle but succeeded in delaying the British advance, forcing their retreat to Canada for the winter.  In 1986 a working reproduction called the Philadelphia II was built by the Lake Champlain Maritime Museum.

The Battle of Valcour Island

It was on October 11, 1776, that the Philadelphia was part of the American fleet under Benedict Arnold.  Late in the day she was holed by British fire and sank.  In 1935 she was raised from the lake bottom and in 1961 donated to the National Museum of American History.

The USS Philadelphia mug is part of our history mug series profiling the many unique aspects of Vermont’s fascinating history. 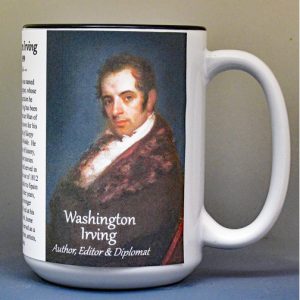 The James Porter mug is part of a biographical series profiling unique individuals in the US Cavalry and includes an image of James Porter and a short biography.

This U.S. Vice President William Wheeler History Mug is one of a complete collection of U.S. Presidential biographical mugs. An image of William Wheeler and a short biography are features of this history mug.