This Sally Hemings mug is part of a collection of African American biographical mugs.  An image and a short biography are features of this history mug.

Sally Hemings was the daughter of John Wayles, a white slave master, and Elizabeth Hemings, his biracial slave.  When John Wayles died, his daughter, Martha Wayles Jefferson inherited his slaves, including Sally, who was an infant, as part of her inheritance.  After Martha’s death, Thomas Jefferson, who promised his wife he would never remarry, had a long term relationship with Sally.  He fathered six children with Sally Hemings, of which four lived to adulthood.  Sally worked as a household servant, taking care of Jefferson’s wardrobe, looking after the children and doing light housework.  Sally was never technically freed, but was allowed to leave Monticello following Jefferson’s death and lived, as if free, with her sons, Madison and Eston Hemings, in Charlottesville, Virginia, until her death.

Sally Heming’s children were house slaves at Monticello and trained as artisans.  Jefferson freed all four of Sally’s children, Beverly, Harriet, Madison, and Eston as they came of age.  Of the hundreds of slaves owned by Jefferson, only a few were given their freedom.  While there are no known images of Sally, she has been described as “mighty near white… very handsome with long straight hair.”

This Sally Hemings mug is part of our African-American series profiling individuals who led notable lives.

The Archibald Grimké mug is part of a biographical series profiling African Americans who shaped the history of the United States of America.  An image of Archibald Grimké and a short biography are features of this history mug.

The Robert Smalls mug is part of a biographical series profiling unique individuals and includes an image of Robert Smalls and a short biography.

This William Jackson mug is part of a collection of African American biographical mugs.  An image of William Jackson and a short biography are features of this history mug. 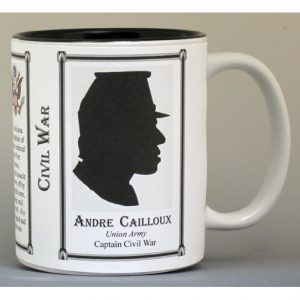 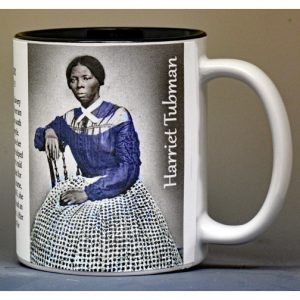 This Harriet Tubman mug is part of a collection of African American biographical mugs.  An image of Harriet Tubman and a short biography are features of this history mug.