Robert Huston Milroy graduated from Norwich University, became a lawyer, judge and a major general in the Civil War.  He commanded forces with success against Stonewall Jackson at the Second Battle of Bull Run.  His most notable loss was during the Second Battle of Winchester, when he was overtaken by Confederate corps led by General Ewell.  Milroy managed to escape with his staff, but more than 3,000 men under his command were captured, as were his artillery and more than 300 supply wagons.  He regained his honor two years later in the Western Theater, when he routed Confederate infantry and cavalry outside Murfreesboro.  After the war he was a trustee of the Erie Canal Company and superintendent of Indian Affairs in the Washington Territory.

This Robert Milroy mug is part of our Civil War series profiling participants in the War Between the States.  Thousands of Confederate and Union soldiers fought in battles such as Bull Run, Antietam, Fredericksburg, Chancellorsville, Gettysburg, Vicksburg, Chattanooga, Cold Harbor and Petersburg.  We honor their sacrifices by telling their stories. 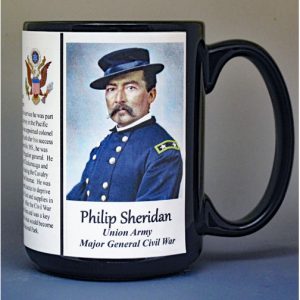 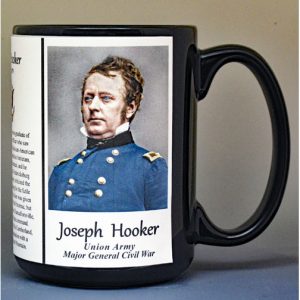